Kamal Babu Pariyar, the charismatic Executive Director of ADWAN, has served ADWAN nearly since its inception. Since becoming executive director, he has professionalized the organization, secured ADWAN’s major grants, and expanded the reach of ADWAN into many more areas.

Kamal’s tireless work ethic leaves him little time for anything other than the many responsibilities he has as executive director. However, as a way of introducing him to FAN’s American supporters, he sat down for an interview in between trips to the field where he manages ongoing projects. “Developing skills by providing training and financial support through micro finance to poor Dalit and other marginalized women—so they can increase their income,” he said. “Providing a better education for Dalit girls and boys—a weapon for social, economic, and political change. And education gives them the knowledge to stand up for their rights. To make women and girls aware of their rights and gender equality.” Even in a personal interview, Kamal’s focus on helping Dalit women is never far from his mind. 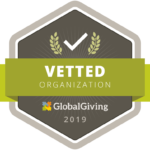